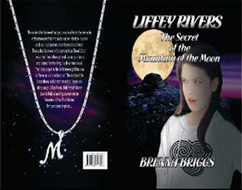 The ancient Irish believed that people were affected by the cycles of the moon and that the moon can be linked to intuition and has real power over the deeds of men.
They called the moon in September their ‘Blood Moon.’ It was the time when animals were butchered and prepared for the long, dark winter ahead. Their daily prayer to the Celtic moon goddess was to “leave us sound and whole.”

The month of the Blood Moon is also the time when 13-year-old Irish dancer, Liffey Rivers, finds herself drawn back to Ireland seeking answers on the Mountain of the Moon before her own blood is spilled. 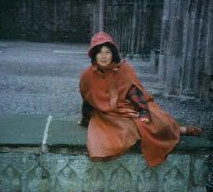 She writes The Liffey Rivers Irish Dancer Mysteries in Sligo, Ireland, and Sharon, Wisconsin.  She is presently working on an historical novel for young adults about early romantic period author Sydney Owenson, who penned
The Wild Irish Girl and later became Lady Morgan, the first woman in Ireland to receive an author's pension.

Briggs writes about this remarkable woman from a unique vantage point, as she has often visited Longford House, the ancient estate where Owenson penned much of The Wild Irish Girl.

Brenna Briggs was born in Pittsburgh, Pennsylvania, into an  Irish American family where she thought cookies with green icing on Saint Patrick's Day was the best thing about being Irish.