These short stories are set primarily in the farmland of County Antrim in Northern Ireland during the author’s youth, but some stories also take place in the city of Belfast.

County Antrim has always enjoyed a strong Scottish influence, dating from the plantation that began in the seventeenth century.  That influence is reflected not only in the manner of speech but also in the social values that the young author experienced, wherein money, land and family were especially important—often in that order.

World War II also had a marked influence at that time and affected the peace of mind, outlook and decisions of the people.  Long before television entered the home, family and neighborhood get-togethers were common and discussions that often tripped into friendly gossip were a form of keeping abreast of things.

The very human lives of these wholesome people, their sorrow, happiness, humor and futility, are picturesquely captured in the author’s sensitive, homespun stories. 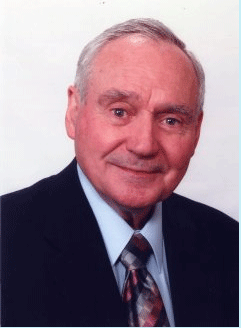 From his home in the United States Gardiner M. Weir looks back on the environment of his childhood and youth with depths of emotion.  He feels fortunate to have grown up on the farm of his uncle, William Kennedy, that lay a couple of miles south of Ballymena in the Braid Valley of County Antrim, that county in the northeast corner of Ireland from which one can look across the Irish Sea and see the coastline of Scotland.

Ballymena was then, and still is, a busy market town often referred to by its folkloric name, the City of Seven Towers.  It lies within sight of Slemish where Saint Patrick was held a slave.  From there it is only a stone’s throw to the natural beauty of the Glens of Antrim and only a step away from the Antrim coast line that runs from the Port of Larne to the Giant’s Causeway.  As a youth he often mounted his bicycle to explore, little knowing that one day these scenes would rise in his imagination to become background for his short stories.

His schooling began at the Model School in Ballymena.  After that he attended Coleraine Academical Institution during which time he lived in Portstewart.  On passing the Senior Certificate he spent a year at Greenmount Agricultural College and then went on to the Faculty of Agriculture at the Queen’s University Belfast.  He was a good student and achieved his Bachelor degree with First Class Honors.  However, when he reminisces he likes to point out that he did not spend all his time studying but liked to party with the girlfriend of the moment at dances on Saturday nights.  The one thing he is very proud of is that he was the editor of the 1956 issue of the University rag-magazine Pro Tanto Quid.  He also points out that each summer he went to England and worked in menial jobs such as dishwasher and busboy in a restaurant or on the bottle washing line in a brewery.

Studying hard paid off.  The French government gave him a scholarship to study for one year at the Institut de Biologie Végétal in Paris.  At the same time the British Government gave him a scholarship to study for his doctorate at Oxford University, the scholarships to run one after the other.  In July 1958 he set off for France to spend three months working on a dairy farm close to Montier en Der in Eastern France to improve his French before going to the Institut.  When he returned to England his professor at Oxford had moved to London University so Gardiner took up his studies with him at Imperial College in South Kensington.

Living in London on a scholarship had its challenges, especially trying to survive within one’s scholarship funds; there was so much going on and so much to see.  Of significance to his future writing was an encounter with a former colleague from Queen’s and graduate in English Literature.  On a walk through Hyde Park one evening, Gardiner was recounting a story of some family happening back home.  His friend listened patiently and then said, “You know, why don’t you write just the way you speak, the way you are telling me this story?”  It was the moment of decision.  Gardiner wrote the story Dr. Simon’s Night Out and entered it in the short story competition organized by the College magazine.  He won second prize.  The next time round he wrote and entered the story The Terrible Sin of Martin McCabe.  This time he won first prize.  That was the beginning.

Along the way Gardiner revived a dream of his childhood that was to visit and possibly emigrate to Brazil; but he needed to learn Portuguese.  After several failed attempts to find a teacher of that language, he met a young Portuguese student visiting London to research her thesis on The Angry Young Man In English Literature.  It was love at first sight, he says.  His heart was in such turmoil that he could bear it no longer so he proposed within two weeks of their first meeting; and that despite the fact she was already engaged to an officer in the Portuguese Air Force.  But the old Ulster-Scots determination egged him on and they were married within a few months, on Pearl Harbor Day, December 7, 1959.

On receiving his Ph.D., and having no money to go anywhere, certainly not to far off Brazil, he accepted a position at the University of Khartoum, Sudan.  It was his first experience of living in a culture so very different from what he knew whether Scots-Irish or English or even French.  He stuck it two years and then, answering an ad in the London Times and taking the interview successfully, he moved to a plantation company in the West Cameroon as Research Manager for diseases of oil palm, banana and rubber.  That lasted three years.  By then he and his wife had four children and the Biafra civil war had begun in neighboring Nigeria.  Refugees were pouring over the border and through the plantations, so, fearing for his wife and children, they moved to Portugal to be with his wife’s family.

Gardiner will comment that by then he had a restlessness in his soul and found it difficult to settle anywhere.  There was still the problem of earning enough money to maintain the family.  Then a cousin from Canada told him a future awaited in that country and off Gardiner went to Vancouver, British Colombia, leaving the family temporarily behind in Lisbon.  Alas, he could not find a suitable job there.  It was as if Irish immigrants were only seen as construction steel workers in the Yukon or laborers on building sites.  In despair he worked as a postal letter carrier for a while and then in a prep school teaching spelling.  But there was always that moment of happening.  He heard of a chemical company in San Francisco looking for biologists so phoned for an interview, took the bus down there on the Sunday and by Monday afternoon had a job offer, but on one condition, that he would go to South America as their area technical manager.  He accepted.

Gardiner, his wife and children lived in Venezuela for nine and a half years.  During that time he traveled on business to Colombia, Ecuador, Guyana, Surinam and French Guiana.  Then came a transfer to Brazil.  The goal of his dreams at last!  He was there for several years enjoying the culture, especially the music and, once his Portuguese had reached a fluent level, reading the stories by the famed Brazilian writer Jorge Amado.  However, forever restless, Gardiner accepted the offer of another company to be Director of Research in crop pesticides and in a year or so was transferred to Argentina as that company’s Country Manager.  Then came the problems of the Falkland Islands and Gardiner, still with a British passport, hurriedly moved the family back to Brazil and joined another American company.  It was not long before that American company offered him the opportunity to return to the U.S. for career development.  He has been in the U.S. since 1983 and retired in 2000 as vice president of a bio-tech company.

As Gardiner reflects on his sojourn in Europe, Africa, Canada, the United States and the various countries in South America where he has lived or traveled, he likes to mention how there are good people everywhere, friendly, capable people too, and great people who have made and still make wonderful contributions not just to science but to the arts.  He also says that, though he was very well accepted into the culture of each country and made to feel at home, something he enjoyed, there was always that back-of-the-mind recall of his youth in County Antrim, his uncle's farm and the people, both family members and others who had influenced his life.  He addressed that by writing short stories, not for publication but just to meet the emotional needs of memory.  Finally, came the moment to do something about it and that is when he had the offer from PublishAmerica to publish his many stories in book form.  The first book is titled Music on the Wind – A collection of Irish short stories and the second is Voices in the Glen – A collection of Scots-Irish short stories.

Now, though getting a little older, still married to the love of his life, with three daughters, one son and six grandchildren, Gardiner is still a young man both physically and at heart.  He credits his loving wife and children with having helped make his life so rewarding and for tolerating his many hours behind a typewriter hammering away at his imagination.  He is currently polishing-up another set of short stories and maybe we’ll see another book next year.  Let’s hope!