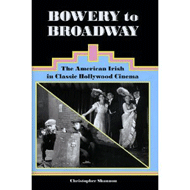 Before Johnny Depp and Public Enemies, there was The Public Enemy. James Cagney’s 1931 portrayal of the Irish American gangster, Tommy Powers, set the standard for the Hollywood gangster and helped to launch a golden age of Irish American cinema. In the years that followed several of the era’s greatest stars, such as Spencer Tracy, Bing Crosby, Pat O’Brien, and Ginger Rogers, assumed Irish American roles—as boxers, entertainers, priests, and working girls—delighting audiences and at the same time providing a fresh perspective of the Irish American experience in America’s cities.

With Bowery to Broadway, Christopher Shannon guides readers through a number of classic films from the 1930s and ’40s and investigates why films featuring Irish American characters were so popular among American audiences during a period when the Irish were still stereotyped and scorned for their religion. Shannon cites films such as Angels with Dirty Faces, Gentleman Jim, Kitty Foyle, Going My Way, and Yankee Doodle Dandy, arguing that the Irish American characters in the films were presented as inhabitants of an urban village—simultaneously traditional and modern and valuing communal solidarity over individual advancement. As a result, these characters—even those involved in criminal activity—resonated deeply with the countless Americans in search of the communal values that were rapidly being lost to the social dislocation of the Depression and the increasing nationalization of life under the New Deal. 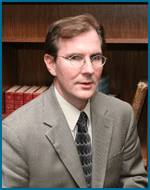 Christopher Shannon is a professor of history at Christendom College. He completed his graduate work at Yale University and his undergraduate at the University of Rochester.
Christopher has written numerous articles, reviews, and essays as well as two other books, Conspicuous Criticism: Tradition, the Individual, and Culture in Modern American Social Thought and A World Made Safe for Differences: Cold War Intellectuals and the Politics of Identity.