On April 20, 1949, O'Hara subjected his mother to a dangerous and difficult night of labor; when the baby finally came out of the womb, his nose bled unabated until his father rushed into the room, whereupon the bleeding ceased immediately. Although a relative casually remarked that the young boy shared the same birthday as Adolf Hitler, O'Hara's mother quickly remarked that her son would redeem the day and bring nothing but good into the world.

As if to confirm his mother's prophetic vision of her son's future, O'Hara prosaically recounts the days of his life from when he arrived in Pittsfield, Mass., to early 1973, when he launched his career as a psychiatric nurse and married his wife. Like the countless memoirs of growing up Irish in America, O'Hara struggles with the demands of Catholicism, especially with the nightly devotions led by his father and in which he must participate on the pain of corporal punishment. He falls in love with a beautiful young Protestant girl, but the unremarkable adolescent yearnings and the puppyish nature of his first love fails to capture our attention. In fact, so little of O'Hara's life is unique or noteworthy that his mundane memoir fails to distinguish it from so many other anecdotal autobiographies of other Americans coming-of-age in the 1950s and 1960s. 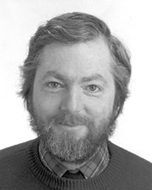 A psychiatric nurse at Berkshire Medical Center for 25 years, Kevin O'Hara has read on WAMC Albany, WBUR Boston, as well as performances at The Berksire Museum, Stockbridge Library, and the Either/Or Bookstore in Pittsfield. He is also a columnist for The Berkshire Eagle.
Based on his childhood growing up as one of eight in Massachusetts with his Irish American family,  A Lucky Irish Lad is Kevin's second novel.