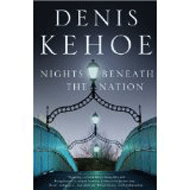 Segueing between Dublin in the 1950s and 1990s amid Celtic Tiger prosperity, 67-year-old Daniel Ryan returns to Dublin after fleeing to New York decades earlier, following the end of his love affair with Anthony. His return to the city is a reluctant but necessary journey to exorcise the ghosts of his past.

Homosexuality in 1950s Ireland was a furtive, dangerous pursuit. Daniel and Anthony's relationship was conducted amid the relative security of their decadent theatre group, run by Maeve, a glamourous woman without much regard for social norms or concern for her reputation among the chattering classes. Cut to the 1990s and not much has changed - liaisons are still conducted in alleyways and seedy saunas. In an effort to escape attention on his return, Daniel tells people he is American, but a promiscuous young man embroils him in a cat and mouse game which threatens to expose his buried history. 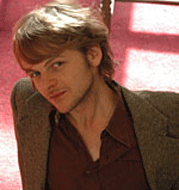 Denis Kehoe was born in Dublin in 1978, where he now lives. He studied philosophy and European literature and works as a critic, researcher and literacy tutor. Nights beneath the Nation is his first novel.