In a small town in 1960s Ireland, a teenage boy is killed in a dreadful accident. His sister, his mother, and a man who is a neighbor, each recalling her or his own life as permanently marked by the absolutely senseless death of the lad, paint in painful but hopeful brushstrokes their versions of the intertwining of love and loss and how the former makes the later endurable.

Just as various lights that are cast on an object reveal a variety of textures and contours, Hart sheds narrative illumination, via a series of interior monologues, on one particular events and its decades-long consequences. 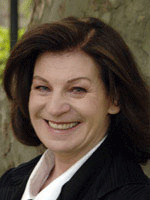 Born and educated in Ireland, Josephine Hart is the acclaimed author of 5 novels which include the bestselling Damage, which sold over 1 million copies worldwide and was made into a major film directed by Louis Malle starring Jeremy Irons and Juliette Binoche. Sin, which is in development by Copos Films in Los Angeles, Oblivion, The Stillest Day and The Reconstructionist, a film of which is planned by Robert Ando. Her work has been translated into twenty-eight languages.

Before becoming a writer, she was director of Haymarket Publishing. She also founded Gallery Poets and West End Poetry Hour, which presents the works of major poets, Eliiot, Larken, Auden, Yeats, Plath, read by some of our finest actors such as Judy Dench, Eileen Atkens, Edward Fox, Simon Callow, Joe Fiennes and many others. She also presented Thames TVs Books By My Bedside.

She has produced several successful West End plays, including Lorca's The House of Bernarda Alba which won the Evening Standard Award, Noel Coward's The Vortex and Iris Murdoch's The Black Prince.

She is married, has two sons, and lives in London.