Throughout his twenty-one years undercover with the IRA, Fulton remained loyal to his British handlers, despite the fact taht he was compelled to kill soldiers and police officers in order to maintain his cover, not to mention building bombs that would indiscriminately kill civilians.

Unsung hero is a compelling and terrifying biography that will appeal to any readers interested in military conflicts, political intrigue, and the adventures of real-life James Bond. 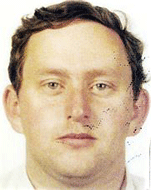 "Kevin Fulton" is the pseudonym of a British agent from Newry, Northern Ireland who allegedly spied on the Provisional Irish Republican Army for the British military.

"Fulton" is believed to be in London, where he is suing the Crown, claiming his British military handlers cut-off their connections and financial aid to him. In 2004 he was reportedly suing the Andersonstown News, an Irish republican news outlet in Belfast for revealing his purported true name as well as his photograph. This is the first book by the agent.