Harvey’s third Michael Kelly novel finds the tough Chicago PI eyeball deep in a burgeoning reign of terror focused on the transit system, the venerable CTA. Kelly witnesses the first murder on an L platform and sets off in hot but futile pursuit.

After the second murder, he receives a taunting phone call from the killer, who alludes to Kelly’s knowledge of ancient Greece. As Kelly dredges his memory for a suspect—and recalls painful moments from his youth—the FBI barges in, citing terrorism; spooky suits from Homeland Security lurk on the periphery; and the body count rises. Hizzoner, the Daleyesque John J. Wilson, summons Kelly to make him an offer he can’t refuse. The expert use of Chicago politics that distinguished Harvey’s previous novel, The Fifth Floor (2008), is much in evidence here as well. Hizzoner is still practicing realpolitik, Chicago style, and the main plot is based on a real-life CTA accident in the 1970s. But the edginess and noir sensibility that were central to the earlier book’s appeal are lessened a bit this time by Kelly’s becoming an insider; the mayor seems to admire and trust him. That said, the action is nonstop, Harvey once again captures the unique zeitgeist of the city, and Kelly, tough smart, and a bit rough around the edges, is a true native son. 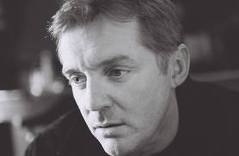 Michael Harvey is a writer, journalist, and documentary producer.

He is the co-creator, writer and executive producer of the Prime Time Emmy-nominated television series Cold Case Files and a former investigative producer for CBS in Chicago. Michael's work as a documentary producer and journalist has won numerous national and international awards, including multiple Emmys and an Academy Award nomination for the Holocaust documentary Eyewitness.

Michael earned a law degree from Duke University, a master's degree in journalism from Northwestern University and a bachelor's degree in classical languages from Holy Cross College.

Michael was born and raised in Boston and graduated from Boston Latin School. He now lives in Chicago with his wife, Mary Frances, and their dog, Maggie. Michael also owns The Hidden Shamrock, home to a great pint of Guinness and a play Michael Kelly likes to frequent.