In April 1924, the Carmania set sail from Cobh, Co. Cork bound for Philadelphia.  Catherine Brennan was one of many passengers on board who hoped to make her fortune.  Her life story unfolds at the age of 22.  Meeting the bold Maurice Fitzgerald on board ship - her 6 years in Philadelphia living with the rich and returning to the west of Ireland, to seek a husband through a matchmaker.

This novel tells of the ups and downs of rearing a large family through 50 years of marriage. It features the fascination and reality of matchmaking, written as was spoken, full of Irish wit and natural humour, in times when entertainment was free and kissing the opposite sex had to be confessed to a priest!


In 1965, Sally Staunton was left an orphan. Now married with a son, she desperately needs to know what happened to her parents. Reared by Catherine since she was four, all she was told was they died in tragic circumstances. It was a time shrouded in secrecy. Sally tries to get Catherine who now suffers from Alzheimers disease, to tell her life story before total senility takes over her beloved grandmother.

Based on the true story of the author's mother, who sailed to Philadelphia in 1924, stayed six years working for the rich, and returned to the West of Ireland in search of a husband worthy of a returned yank. Matchmaking was rife in those days and so Nancy's mother got a matchmaker in the area of Kiltimagh to look for a suitable man, and he found her father! Theres was no love - it was a marriage of convenience - but Nancy is the youngest of 8 children, so love must have got in the back door somehow! 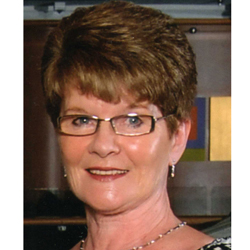 Born in 1944, the youngest of eight children, Nancy Carney has been married to her husband, Tom, for 43 years and counting. They have 3 daughters and three sons, along with nine grandchildren. she currently lives and works in Castlebar, Co. Mayo Ireland. This is her first novel.