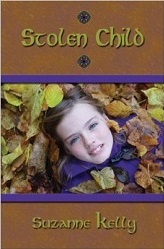 "... a delightful tale of a young girl feeling torn between being All-American, or clinging to the lighter parts of her Irish heritage..."

Nine-year-old Lucy Fahey is punted to her paternal grandmother during the summer of 1960--as her mother endures a summer of hospitalization for a cancer we see only through Lucy's eyes--a mysterious force that disrupts the family and removes her from communication. Grandma Fahey is charged with teaching Lucy the catechism which the dreamy girl has failed to master during the school year and she seems a perfect choice--strict, straight-laced, devout to a tee, and armed with defenses that have removed her from her own roots in western Ireland's County Mayo. The novel is a testament to extended family, especially elder members of the family, who provide the links to culture. ~Mary Minock, author of The Way-Back Room: A Memoir of a Detroit Childhood

“Author Kelly has created a delightful tale of a young girl feeling torn between being All-American, or clinging to the lighter parts of her Irish heritage. Readers will be caught up in the culture of these Irish families as well as the 1960’s era and may find themselves humming with toes tapping to the music that embraces the words of this novel. Hopefully, the Irish-American author will keep writing about the people this work has proven she knows so well.” –US Review of Books

“Stolen Child will steal your heart. This novel captures the intricacies and confusion of religion, politics, and family conflict all through the eyes and logic of a child. Sweet, struggling Lucy is right up there with Scout on my list of favorite child narrators.” –Katrina Kittle, Author

Stolen Child is a heart-warming period piece narrated by a delightful nine-year-old girl named Lucy Fahey. The story takes place in the summer of 1960, when John F. Kennedy was campaigning to become President of the United States, and the first Catholic president. I was only 3 years older than Lucy and still vividly remember the excitement my Irish family experienced as we nervously awaited the results of the presidential election that Fall.

In the story, Lucy lives in St. Louis, Missouri. Her father is a Fahey, while her mother a Keary. Grandmother Keary once told her she had a map for a face. When asked what kind of map, her grandmother replied, "Why of Ireland, Lucy. To find your way home your dear little face is all you'll ever need. Wherever you end up in the world, look for other faces like yours and you'll know that's home."

For the reader who grew up in that era and attended Catholic grade school, reading about catechism a la the Baltimore Catechism will bring back memories, some fond, some not so fond.

Due to the debilitating illness of her mother, Lucy's father sends her to live with grandmother Fahey during the summer of 1960. While Lucy loves both of her grandmothers she had hoped she could spend the summer with grandmother Keary whom she was especially keen on. Lucy, however, had failed her catechism class that school year and her father felt she would benefit more under the tutorage of

grandmother Fahey so as to be able to pass to the next grade. While reluctant and disappointed at first because grandmother Fahey was very demanding in her quest to get Lucy to concentrate on her catechism, she begins to develop an interest in Ireland the more her grandmother immerses her in the traditions, language, history, and culture of the country.

The author, Suzanne Kelly, hails from Kansas City, Missouri. She is a lawyer by training and currently lectures in law at Wright state University. Stolen Child an engaging first book and TOP SHELF read.