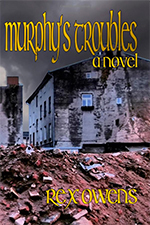 Ian Padraic harbors a scandalous secret. To avenge the death of his best friend in a Belfast raid, Ian joins the Provisional IRA which he conceals for 30 years. He meets investigative reporter Eileen Donohue and friendship blossoms into a love affair. Buy Book Here

Eileen inadvertently discovers the man she thought was a reclusive novelist is actually the brain trust for the IRA. Eileen betrays her lover by disclosing his secret in Ireland's leading newspaper. Driven by guilt and remorse, Ian atones for his years in the IRA by working with Sinn Fein to negotiate the 1998 Peace Accord which ended The Troubles in Ireland. After deserting the IRA Ian's own troubles are far from over when they order his assassination. The assignment is given to his friend, IRA Commander, Kieran Fitzpatrick. Will Ian pay the supreme price for disloyalty to the IRA? 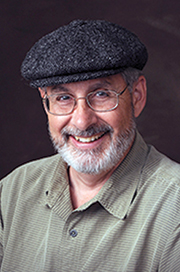 About the Author
In 1997 novelist Rex Owens attended the first of many UW Madison Writers Institutes. The featured speaker was author was Robert Moss who talked about conscious dreaming as a way to explore the writing life. The die was cast to be a writer.
In 1999 he joined a critique group led by Dr. Laurel Yourke where he learned craft the old fashioned way - by writing.
His son brought him newspapers from Ireland. He read a story of children injured in the Peace Zone in Belfast in 1998 which became the inspiration for MURPHY'S TROUBLES. By 2003 Dr. Yourke suggested he had enough material to consider writing a novel.
In December 2009 he was unexpectedly laid off from his management job with a health care organization. Rex interpreted this event as the universe sending a message: it's time to write.
He talked with writer friends and decided to independently publish his book. He queried discussion groups on LinkedIn to ask other writers for their experience with legitimate independent publishers. Their response was that Amazon's Create Space was the most transparent, easiest to use and credible.
Friends offered to help him publish independently. Jeff Gauger offered to design a book cover. Marshall Cook, retired UW Madison Journalism professor, agreed to edit the manuscript.
Rex Owens is a devoted history buff and natural storyteller. His work explores people's motives to make life changing decisions and searches for common themes in our journey to create ourselves.