One became a beloved mayor and political reformer. The other was a Civil War soldier and distinguished attorney and jurist.But it was their widowed mother Annie who enabled their rise in the face of tragedy and struggle. 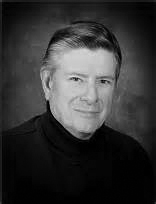 ABOUT THE AUTHOR
David M. Quinn was born in Oak Ridge, Tennessee in 1945 and grew up in the Washington, D.C. area. He studied political science at Wheeling Jesuit University (B.A.) and Fordham University (M.A.). In 1999, after thirty years in the telecommunications industry, David made the decision to leave the corporate world. Following his passion for genealogy led him to uncover remarkable stories within his family history. First was that of his great, great uncle Michael Quinn, as told in the historical novel, It May Be Forever: An Irish Rebel on the American Frontier.

Later, drawing upon his maternal ancestry, David gave us the remarkable story of Captain George W. Dow, who is the narrator of the true story, Leviathan's Master - The Wreck of The World's Largest Sailing Ship.

Steel Shamrocks  recounts the story of his wife's ancestors, the McKennas of Pittsburgh, Pennsylvania. David and his wife Betsy reside in Frederick, Maryland. They have three grown
children and five grandchildren.

Review
" Master storyteller David Quinn erases time ... To transport the reader is the writer's job. Quinn does just that ... "Mary Sojourner - Novelist of the Southwest
Review by FRANK WEST
Steel Shamrocks is a journey of the heart.  It is a sparkling tribute to our ancestors and tells their story by tracing the lives of the descendants of the children of Annie McKenna after they left Ireland in 1830.  They are the ancestors of the authors wife.

The author makes the story fascinating, even though we are familiar with it:  Irish immigrants work hard and achieve their dreams.

David Quinn, the author, does this by creating dialogue that is almost magical, and we quickly become closely involved with the persons in the story.  Quinn writes gracefully and with a novelist's soul.

As he says, "These people were giants.  They accomplished so much . . . against great obstacles.  How different our lives are from theirs!"

Quoting from the information sheet: "In 1840 Hugh McKenna, a widowed farmer and father of eleven, left his home in Ireland's County Tyrone for economic survival in Pittsburg, Pennsylvania.  Arriving in Quebec . . . Hugh and the family walked the twelve hundred miles to a new life in the raucous, burgeoning gateway to the American West.  Thus began nearly a hundred years of trial and triumph for Hugh's widowed daughter-in-law Annie, and two of her sons . . . through financial struggle, fire, civil war, flood, labor unrest, political corruption and reform, they made their challenges with fortitude and civic devotion.  Whether defending the Union from Antietam to Appomattox or helping to build a new industrial and political order, the McKenna men and their remarkable mother are emblematic of the many contributions Irish Americans have made to a great city and a great nation."  Quinn adds to this, the accomplishments of these people are "testimony to the opportunities afforded by their adopted country . . ."

David Quinn and wife Elizabeth (Betsy) have three children and five grandchildren.  They live in Frederick, Maryland.  He was born in Oak Ridge, Tennessee and grew up in the Washington, D.C. area.  He studied at Wheeling Jesuit University and at Fordham University.  He then worked for thirty years in the corporate world of telecommunications.

I'm happy to say  that after leaving the corporate world he dedicated himself to his passion of genealogy and history.

While earning a degree in history, I spent countless hours at the college library, so I understand what a great accomplishment of historical research STEEL SHAMROCKS is.  What makes look easy, really required hours of research.  Even the bibliography is six pages long!

Quinn has an eye for the telling detail.  For example: What food did our ancestors take with them for a sea voyage, which in the mid 1800's would take a month?  Quinn tells us they brought "hard cheese, salt cured meat, black bread and dried fruit."  There are many facts like this scattered throughout the book.

As we see the development in the lives of the  McKenna family, we also see the progression of American history.  The author so develops the people in the book that they become friends.  I didn't want to see the end of the book come, because they had become so personal to me.

Steel Shamrocks is about one family, but all of our ancestors were steel shamrocks or we wouldn't be here.

The rebels of 1916 were powerfully motivated by searing memories of famine and eviction that their parents and, sometimes themselves, had experienced.
Those memories made them heroically brave, and even though greatly outnumbered, they never retreated or flinched.

From Steel Shamrocks: "The late 1870's were a difficult time, again, in Ireland.  Especially in the western province of Connaught, continued potato blight and severe winters produced another economic crisis for peasants.  Rising rents and mass evictions ...resulted ..."