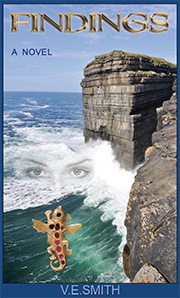 July 4, 1972. A restless young Californian arrives in western Ireland to search for a long-lost relative and ponder his uncertain future. He soon intervenes in a peculiar robbery of a jewelry store, and is invited to stay with the shopkeeper and her niece. Buy Book or E-Book Here Amazon or   Barnes and Noble

His persistent inquiries with the local Garda sergeant lead to investigations of two possible conspiracies involving ancient Spanish treasure and arms smuggling—with dangerous consequences. When his findings begin to threaten powerful interests, the conspirators mark him for elimination. Meanwhile, the niece helps him look for the lost relative, and they discover something neither had bargained for. As his time in Ireland runs short, their budding attraction, the family search, the criminal investigations—all seem to be going nowhere. Then, everything changes . . .
The plot unfolds at a chaotic time: the worst year of Ireland’s Troubles and America’s declining fortunes in the Vietnam War. But the novel is at heart a love story in which echoes of history transform lives through unexpected means.
To learn more about the novel and to read the first chapter, visit www.findingsnovel.com. 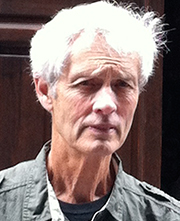 V. E. Smith is a retired marine scientist living in Boulder, Colorado. He received a Ph.D. at Scripps Institution of Oceanography. Following that, he served as a captain in the U.S. Army in Korea. For most of his professional career he worked on the Great Lakes as an environmental researcher and consultant. The Smiths have two children with their own families in Boulder and Madrid, Spain.