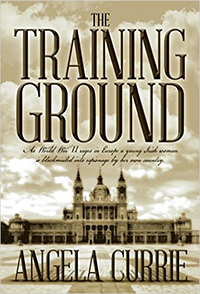 Ireland 1942. This spy/fiction story sheds light on G2 (Irish Military Intelligence). In Madrid, British Intelligence are at an impasse. They have lost two of their best agents in a bid to retrieve armaments plans from the German embassy in Madrid. Buy Book or E-Book Here!

Britain realises that something new and unexpected is now needed to aid their desperate effort. They approach G2 (Irish Military Intelligence) with a daring proposal. In return for the use of Irish agents, Britain signs an extremely lucrative economic deal with the Irish government. This fictional story shows three diverse characters who come together for the greater good. Anna Fingal is of Anglo-Irish descent, a gifted linguist working at the Department of Foreign Affairs in Dublin. She is blackmailed into aiding the Allied war effort. Seamus Halpin works for G2. He has fought in both the Irish and Spanish Civil Wars. Returning to Madrid is a return to previous horrors and it’s a return to the country where he met the love of his life. Finally, Malcolm Mortimer, a British army officer, wounded in the field of battle, whose remit now is to lead the mission and get the information out of Madrid.

‘Set against the backdrop of World War II, it follows the exploits of two members of Irish Military Intelligence (G2) – gifted linguist and civil servant Anna Fingal, and seasoned spy Seamus Halpin as they are sent off to Europe to work with British Intelligence. It sheds light on the little noticed world of G2 whose work is often whitewashed out of neutral Ireland’s wartime history. The characters clashing personalities and dramatic personal histories ensure it is the fiction that keeps us reading.’
The Irish Times – Nov. 7th 2015

‘Angela Currie spins fictional gold as she delves into the dark shadows of espionage during World War II. Officially neutral Ireland supplies secret agents in Spain for the Allied war effort, but those who risk their lives must face enemies both at home and abroad.’
Brendan Foley – Under the Wire
Also see reviews on Amazon UK website. 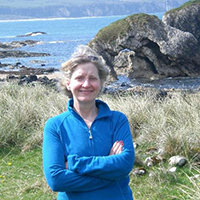 Angela Currie spent her formative years growing up near Navan, Ireland. After leaving school she spent some time as an ‘au pair’ in Madrid, Spain. On return to Ireland and Dublin she trained as a nurse. In the early 1980’s her career led her to Northern Ireland, and the Accident and Emergency Department of the Royal Victoria Hospital, Belfast.

In 1990 she left nursing behind, and following a full time degree she entered the world of clinical research. She retired in 2010 and returned to writing. This is her first novel.