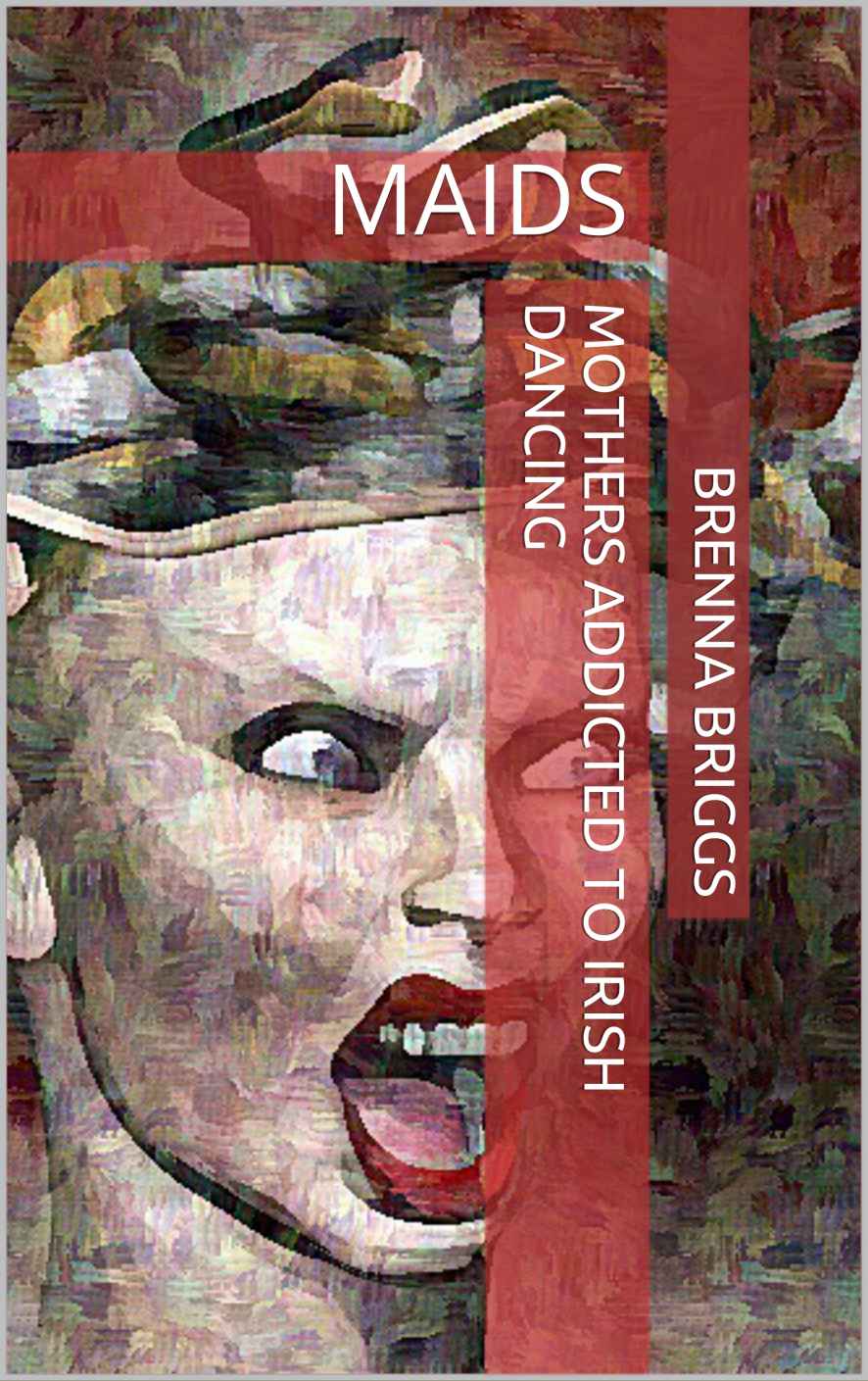 Brenna Briggs, author of the Liffey Rivers Irish Dancer Mysteries tween book series, has published her first book for grownups: Mothers Addicted to Irish Dancing: MAIDS. In this satirical black comedy, heavily influenced by her own experiences while in the MAIDS convent, Briggs brings to light the good, the bad and the ridiculous found in the community of mothers who have become addicted to the world of Irish dancing.

Mineral Point, Wisconsin (March 1, 2016) Brenna Briggs, author of the Liffey Rivers Irish Dancer Mysteries for tweens, has ventured into the world of adults in her satirical new book featuring overly ‘devoted’ women who over-orchestrate the lives of their Irish dancers. Appropriately titled, Mothers Addicted to Irish Dancing: MAIDS, the book’s disclaimer clearly states that, “This is a work of fiction. You will not find yourself in this book. If you do think you see yourself, seek help.”
The plot unfolds as ten MAIDS, (Mothers Addicted to Irish Dancing) are preparing to escort their daughters' U-13 8-Hand Céilí Team to the World Irish Dance Championships. Following a four-week intensive practice period which almost destroys their Irish dance school, they set off on their journey, bringing with them enough emotional baggage to fill up the Grand Canyon. Cast into

the real world of problem solving, the MAIDS are forced to confront serious obstacles coming at them from every direction. How they survive and apply their mothering 'skills' amidst the epic chaos always nipping at their heels, is the stuff MAIDS are made of.

When asked if MAIDS was based on real experiences while Briggs was in the Irish dance mom novitiate, she replied: “As found in most legends and epic tales, there are grains of truth embedded throughout this book. I have witnessed mothers publicly chastising their little dancers for having made wrong turns in céilí dancing at nursing homes, the least demanding audiences on earth, and had the chilling experience of having listened to one mother’s plan to have growth hormones administered to her daughter so she would not be removed from her championship team for not keeping up with the growth spurts of her fellow team members. There really was an anonymous letter-writer and a mother who routinely used cortisone shots to mask her dancer’s knee pain. And so on….