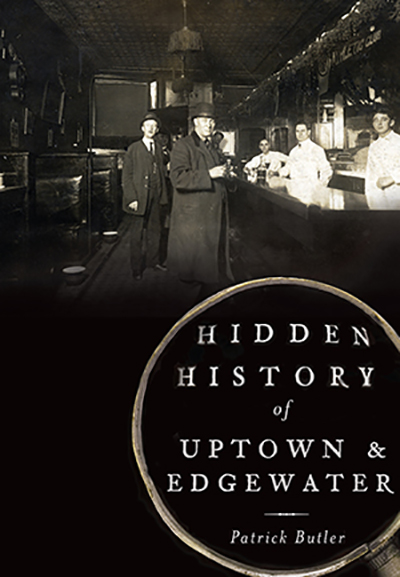 If there's any place in Chicago that's been all things to all men, it has to be the corner of the city that is occupied by Edgewater and Uptown. Babe Ruth and Mahatma Gandhi found a place of refuge at the Edgewater Beach Hotel,
Buy Book Here
but the locale has also been a sanctuary for Appalachian coal miners and Japanese Americans released from internment camps. Al Capone reportedly moved booze through a secret tunnel connecting the Green Mill and the Aragon Ballroom, "Burglar Cops" moonlit out of the Summerdale police station and a "Kitchen Revolt" by some not-very-ordinary housewives sent once-invulnerable machine ward boss Marty Tuchow on his way to Club Fed. Ferret out the hidden history of Uptown and Edgewater with veteran beat reporter Patrick Butler in this curio shop of forgotten people and places..