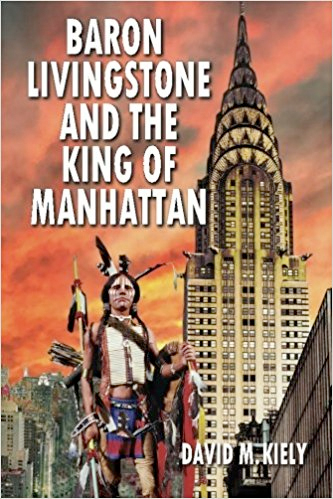 Baron Livingstone and the King of Manhattan is a time-travel story with a difference.

It's a journey to a parallel universe, undertaken by two New Yorkers. Firmly rooted in science, it also explores several questions relating to our place in the universe, to the afterlife, and to the Divine.
Buy the Book!

Manhattan is Vinland's power center. The territory has retained place names given by the Native Americans just as today we have Massachusetts, Connecticut, Ottawa, Alabama, Minnesota, and so many others. Its counties are ruled by dukes, lords . . . and barons.

Baron Livingstone and the King of Manhattan is a heady mix of science, history, myth, and magic that will appeal to young adults and mature readers alike.


Buy the Kindle Edition at Amazon!