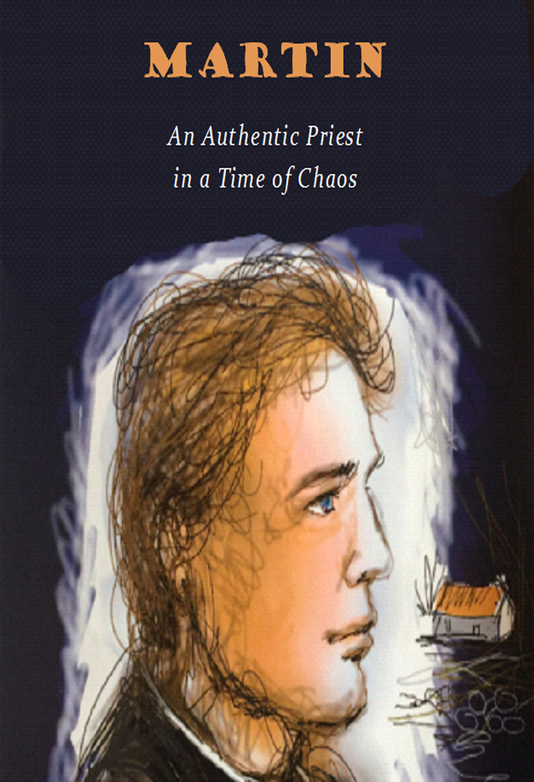 The celibacy requirement of priests within the Catholic Church has confounded many.  The glorious book and film, The Thorn Birds (1977), set in a sheep-station in Australia, threw open the locked doors of the priesthood.  We reveled in the story of a priest’s humanity, as young Meggie Cleary’s obsession with older Fr. Ralph de Bricassart resulted in the birth of their son, Dane.
Martin: An Authentic Priest in Times of Chaos takes the reader on a deeply personal story of one man’s journey to the priesthood and his confrontation of the horrible sexual crimes committed by priests and protected by bishops.
Martin Sweeney is conceived in the wilds of West Clare by his young mother Kate and Jeremiah Devitt, an arrogant young man studying for the priesthood.  On the day he is born, Kate makes a vow that wild horses will never pull from her the identity of his father.  Martin goes through his boyhood in a fog, never knowing who he really is.
On the day of his First Holy Communion, Martin promises the Blessed Mother he will be a priest and Kate is struck in horror, fearing that her beloved son will become like his father.  As Kate leaves his many questions unanswered, Martin becomes vaguer, his boundaries blurring, his identity unformed.
When Martin is 10 years old, he leaves the West of Ireland with his frail mother and finds himself negotiating his life in a new country without a sense of himself.  The world of Chicago is far from the little farm and family and friends he left behind.  Who is the real Martin Sweeney?
Following his dreams of priesthood, he begins another new life at the junior seminary. On the very first day, he meets and begins an entanglement with Harry Hogan, a spoiled young man also on his way to the priesthood.  Martin and Harry are mistaken as twins, as their towering height, dark, curly hair and deep, violet-blue deep-set eyes are a bedevilment to everyone.
Martin is chosen to study in Rome, but is called home to be ordained early, as Kate is dying.  Still battered with the power of not knowing his father, he discovers Jeremiah Devitt, hidden among the hierarchy.  Martin could kill him.
As their lives unfurl, Martin confronts his father for the church protecting the abusers and disregarding the wounded children and their families.  Martin is never disloyal to the church, but unwittingly, he is falsely accused of abusing a young boy and begins a long process in the criminal justice system.
Martin and Jeremiah return to Ireland to reconcile the pain that Kate Sweeney set into motion by her secret.  Martin grows physically and mentally strong in the same fields of West Clare where he was conceived.  He becomes a man of prayer and returns home to America to begin the process to heal the Universal Church for the priests’ crimes against its people.
Martin: An Authentic Priest in a Time of Chaos illuminates the serious reader with the historical and canonical roots of the sexual abuse scandal and extends the laurel branch of hope to the millions of Catholics who are left despondent by the actions of their once holy and beloved church. BUY THE BOOK 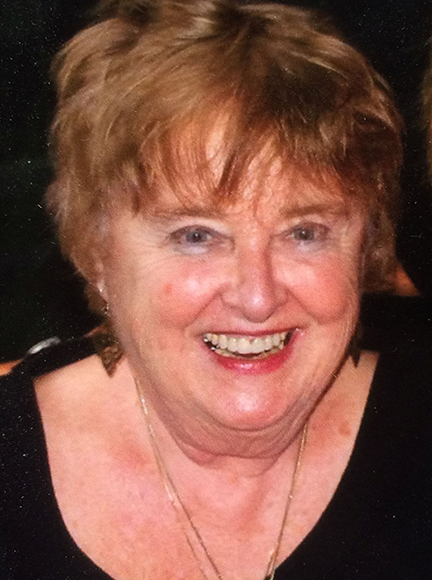 Kathleen was a Dominican nun in Chicago for 14 years and taught in Catholic elementary schools. Subsequently, she worked with the  bishops and priests in Cleveland on issues of race, poverty and peace. Kathleen received her M.A. from DePaul University in Chicago and her Ph.D. from Northwestern University in Evanston. She has written ten books and her essays have appeared in Newsweek and Chicago Tribune.

She was the President of the Institute for Recovery in Lake Forest, IL. As a practicing psychotherapist for over 25 years, she has confronted the issues of clergy sexual abuse, from the positions of both the victim and the abuser. Kathleen has known many priests over the years and it is thru them that she has learned what the life of a priest is all about.

She is married to dear Tom, a native of Limerick, Ireland, and the mother of two beloved children and four grandchildren, the greatest blessings in her entire life. The major part of this book was written in Kilkee, Co. Clare, Ireland with the tempered assistance of her dear
sister Molly. Kathleen lives with her family in the Chicago area.