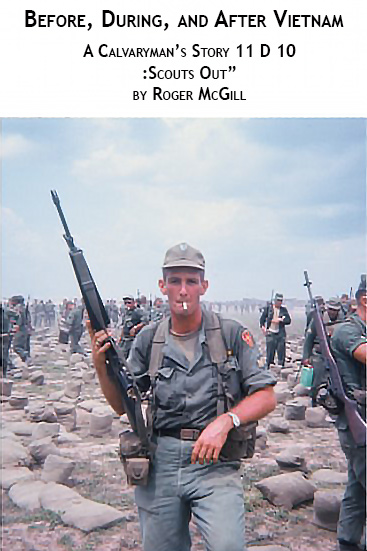 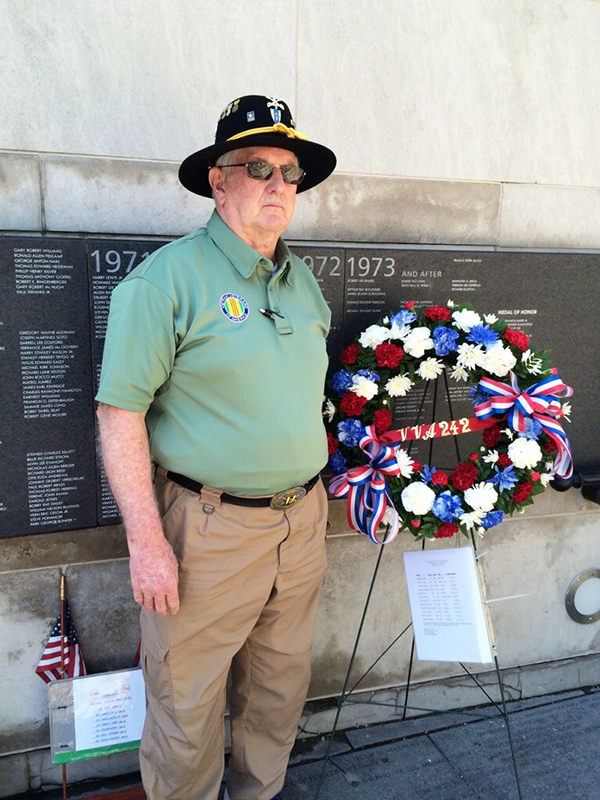 He was drafted into the U.S. Army in 1964 and served till 1966. I did my Basic Training at Ft. Knox, KY. and then my Advance Infantry Training (AIT) at Ft. Knox, KY., right after Basic training, I was trained as a Cavalry Scout 11D10.

In these pictures:
Book Cover:  Roger at Vietnam Cu Chi, 1966.
Roger this past Memorial Day 2019 placing the VVA Chapter Wreath at the Chicago Vietnam Veterans Memorial in Downtown Chicago - Roger was the Co-Chairman of the Chicago Memorial.
3). Just a picture of me a few months ago.
4). My Book the front and read cover of it.

He was the Program Chairman for the Chicago Vietnam Veterans WELCOME HOME PARADE on June 13th, 1986.

He worked at Illinois Bell after a two years of college, was drafted, then came back to
Illinois Bell and worked his way up through the ranks, as an installer/repairman, Tester,
and then in Special Service, Planning and Engineering and was a Manager in both
IBT/Ameritech/SBC for 30 years.

Ran St. Edward Parish for 11 years as the Mtce. Manager.

For the last 9 years he has work on benefits for the Vietnam Veterans of American, Veterans
Organization here in Illinois at 2122 W. Taylor Street.

He grew up in Mayfair, attended St. Edward, DePaul Academy, Lewis College, and Montay
College. Was married in 1968 after Vietnam to my wife Cathy and we still live in Mayfair,
were married at St. Edward and our children all attend St. Edward. We now have been
married for 51 years.