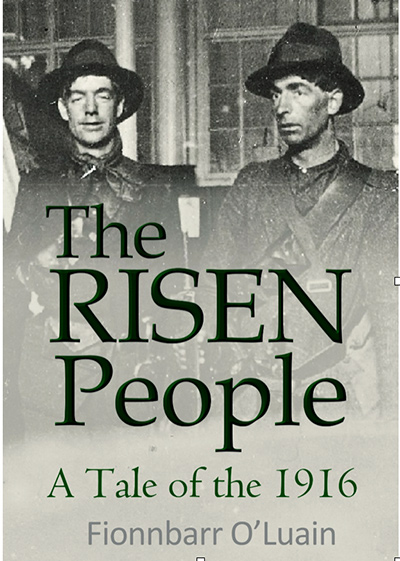 Ireland in the early 20th Century – or a metaphor for Ireland in the 21st? All changed – changed utterly - or barely changed at all.

A Story of a divided community, set in early 20th Century Ireland, during the turbulent years of the Home Rule Crisis, Ireland’s participation in the First World War, The Easter Rising, The Anglo-Irish War and the subsequent Civil War. The story follows the fortunes of young people from both traditions in a small east coast community ‘Brayspoint’; a small seaport destined to find itself on the border of a partitioned island.

Sean, the main Catholic character finds himself drawn into militant Nationalism. He fights in the Easter Rising. In the newly formed IRA and experiences the trauma of the Anglo-Irish War and War of Independence. Eventually, The Black & Tans come to his hometown. Mai Casey watches their arrival at the quayside. At once she is filled with a grim foreboding.

Robert the main Protestant character. Proves a reluctant soldier but family pressure leads him to  join the British Army. He experiences the inhumanity of the trenches and the carnage of the Somme Battlefield.

‘Star Crossed lovers’ - Andrea, Robert’s sister, falls in love with Sean. The two experience the demands of divided loyalties. Is their eventual union a harbinger of hope for the future?

The story ends with Mai Casey, the other woman in Sean’s turbulent life, departing Ireland for a new life overseas.

Mai is left to Brayspoint dockside by Fred Gant; local character and pony & trap driver. Fred gives us his considered take on it all as he watches Mai’s departing steamer, sail down the Lough which now marks Ireland’s new border.

The characters are caught in the maelstrom of War, Rebellion and the bitter divisions of Civil War. A tale of 20th century Ireland - or a metaphor for its 21st century? 'All changed - changed utterly?' Or not changed at all?

About the Author
Fionnbarr O’Luainn
– Author: The Risen people A Tale of the 1916 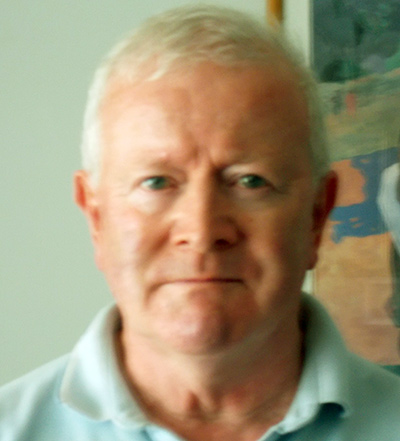 In my early teens when these so called Troubles broke out. Troubles? ‘Thirty Years War’ would be a more appropriate Title. I was 44 years old when the Good Friday Agreement was signed. Thirty years. What should have been the best years of anyone’s life.

I was born in Rostrevor, just yards away from General Ross’s Monument. General Ross – the British General who has the claim to fame of Burning the White House (War of 1812). Spent most of my life in neighbouring Warrenpoint. Went to School in Warrenpoint and Newry. Spent five years in Belfast as student.

Experienced some of the worst years of the troubles in Belfast including having my student accommodation blown up. This was one of too many ‘close calls.’

These included being caught in cross fire. Being threatened to be shot by a British soldier.

Overall my experience of the troubles was bad enough but nowhere near as bad as some.

The Book was written in Warrenpoint during the Seventies ( only sought to publish during the years of the Centenaries - 1916 / 1921 ) The house became a casualty of the Troubles when the local Police station was bombed . Close call for my family and too many of my neighbours. One young woman lost her life.

I qualified as a teacher. Worked in schools in South Down and South Armagh including Crossmaglen.

Joined the Fire & Rescue Service. Did not have the same traumatic experiences of the Troubles as some of the older hands but what I did experience was grim enough.

Warrenpoint: a seaport and border town on Carlingford Lough – our very own hard border – we have no bridge to County Louth. The Lough was patrolled throughout the conflict by Britain’s Royal Marines – our very own ‘Guests of the Nation.’ The Lough has had a very distinguished American visitor ( my research is scant though ); Admiral John Paul Jones ‘visited’ the Lough during his raids in America’s Revolutionary War. (Sank at least one British ship in the Lough.)

Forty people lost their lives in Warrenpoint / Rostrevor during the conflict – a conflict which should never have happened.

I am currently working on another book. History / Current affairs. The book records the history of life in a border town during the conflict and reflects on the prospects of Brexit and what it might mean for the Irish People.

Title: The Border, Brexit and the Block.
By the ‘Block’ I mean the inability of so many sapiens to acknowledge responsibility for their ‘sides’ misdeeds.
Not a uniquely Irish phenomena I should add.
Fionnbarr O’Luain 26/12/2020