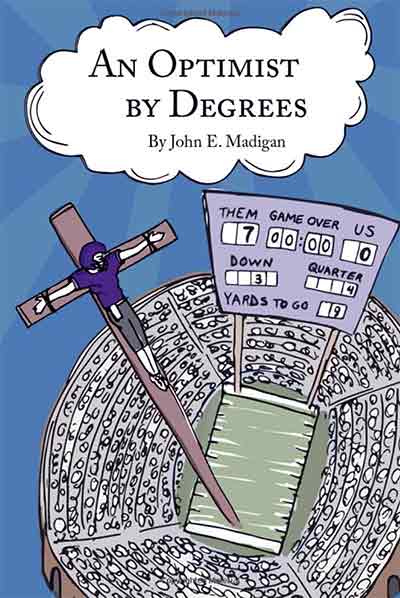 Synopsis
Meet Tom Treith, a homeless victim of venture-capital, single-gaze, “bottom line” focus.  To avenge all-too-familiar stories, Tom takes on the greed-mongers of the world.  “Trickle up” humor at the expense of the “fat cats” and executive hubris results.

Motivated by hearing a newly acquainted friend’s path to “street-person” status, Tom, a numbers person by training, decides to investigate.  As a newly-hired, contract-labor, night janitor at the friend’s former employer, Tom not only cleans floors, but he also scours for clues to his friend’s story.  He soon picks up a thread of diverted assets.  More skullduggery is discovered.  Things do not pass the “smell test.”  Ultimately, Tom decides to “even the score.”  He plans a guerrilla war to topple the executives by exposing all their illegal activities, by-products of their unbridled greed, to both authorities and press.

Tom knows he needs to raise money to finance his war.  Noting patterns of insider trading, he decides to use the greed of the insider traders to raise that money.  A street friend introduces Treith to the only possible source of unsecured capital to finance his guerrilla war- a loan shark, the paragon of the good businessman and a proponent of a Darwinian-variant “food chain” evolutionary theory.  A self-styled “entrepreneur” committed to “best practices” management, the loan shark gives Treith terms.  Treith invests the borrowed capital.  The successful insider-trader leads finance the war’s conclusion.

During the war, Tom falls in love.  The girl, who, like Tom, has a few neuroses, encourages Tom to pursue a “perspective” on life.  Tom, while executing his war, follows her encouragement, through art, to an appreciation of the power of love, truth, and beauty.

After regaling the reader with a “white” rap hymn, parsimoniously coexisting in an apartment with his new friend, meeting the loan shark, recounting his theory of his conception day, and working as a 17th Century Cavalier-dressed eight-foot rooster pitch-man, Tom dreams a “Nightmare in 3 Acts,” a parody of absurdist drama—recapping his fears and worries resulting from owed loan shark money, his dysfunctional upbringing, inevitable and imminent sexual performance worries with his new found love, and religious belief struggles with the newly developed “perspective” on life.

Tom Treith is a modern day hero who levels the playing field.  Treith’s headline is what people of integrity and grit have been hoping to see:  “Little Guy Prevails Versus Greed Mongers.”

Tom’s story is an irreverent and absurd vent for the secret fantasies of the “all-too-many” victims of off-shoring corporate America and the Wall Street “too big to fail” financial chicanery.  In our gilded age of plutocracy and privileged power, where those in power rarely lose, it is a paean to the common man.

He does have a business book, Lean for the Cash-Strapped Leader: The Path to Growth and Profitability, in print (published February 2016 by CRC Press, a Productivity Press imprint of Taylor and Francis of NYC). Buy Lean book Here! 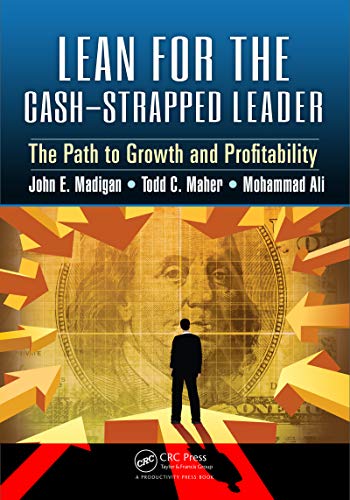 He also has a local history/genealogy, Wound Too Tight: A Madigan-Morrison Family History with Allied Families, (a limited run edition published March 2017).

Both books can also be found in reputable libraries in the World Cat.

His academic background is philosophy and classical languages--Latin and Greek.  He is a graduate of the University of Denver.  A native of Galesburg, Illinois, his work life has been in factory management and consulting, mostly in Chicago.

He and his wife currently reside in Wisconsin.