Set in modern Ireland, THE RAG TREE is a thriller tucked inside a folktale and shrouded in allegory, a story of a people seeking reconciliation and identity amid unprecedented change. Written in a humorous and provocative style, THE RAG TREE echoes the wry candor of Brendan Behan's THE BORSTAL BOY and THE HOSTAGE and the puckish lyricism of Roddy Doyle's A STAR CALLED HENRY and THE COMMITMENTS.

Costello knows his Irish culture, and unfurls that knowledge with sardonic wickedness, spinning surprising characters, like Brian, a classic-rock loving pooka, and plotting a tale with the exacting pulse of a natural born thriller. D.P.Costello's Ireland is a nation bound to run free, though perhaps too quickly to see where it's headed. 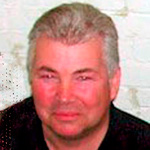 DANNY COSTELLO is a second generation Irish-American with roots in Counties Galway and Kerry. He has visited Ireland forty times since 1978. Educated by the Jesuits in Washington, D.C., he has been part of the capital city's vibrant Irish music scene for going on thirty years. The Rag Tree is his first novel.

"The Rag Tree is great fun. Fast-paced, entertaining, and, of course -- it's about the Irish, after all -- wry. Danny Costello has merged the old Ireland with the new to create a political thriller that is as appealing for its many, marvelous characters as it is for its complex plot."
- Alice McDermott, National Book Award winning author of Charming Billy

“Anyone with Irish blood in his veins will be mesmerized by The Rag Tree. It is a vivid portrait of today’s Ireland that simultaneously evokes the Ireland of ancient days. Above all it is a compulsively readable story, crammed with unforgettable characters.”
–Thomas Fleming, best selling author of over forty novels and nonfiction books, including Time and Tide, principal commentator on the award-winning PBS documentary, The Irish in America:Long Journey Home

"It's said the novel is dying. Maybe so. But not if Danny Costello has anything to say about it. The Rag Tree, his debut novel, is an energizing, entertaining, revivifying jolt of sustained electricity that skillfully blends myth, history, fantasy and present-day possibility. The Rag Tree is a fast-paced treat. The novel lives!"
-Peter Quinn, American Book Award winning author of Banished Children of Eve, The Hour of the Cat, Looking for Jimmy: A Search for Irish in America