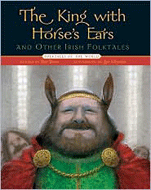 Storytelling is one of Ireland’s oldest and grandest traditions, and these vivid tales of far-off days will introduce young readers to the country’s irresistible folklore.

Here are brave warriors with superhuman skills, monster dogs with blazing eyes, fairy folk and leprechauns, and the magical land of Tir na nÓg, the Land of the Ever Young. The book also includes a glossy, pronounciation guide and a list of sources to familiar readers with the Gaelic language and Irish culture.

Author Batt Burns grew up with these beloved characters and legends, and he captures all their enchanting language and flights of fancy. 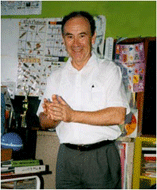 Batt Burns, an elementary school principal in the village of Sneem, on The Ring of Kerry, began a second career as a Seanachie ( storyteller ) after he had won The All-Ireland Teachers Talent Competition in Dublin in 1983. Prior to that he had worked to make significant changes in the curriculum of Irish Primary Schools by his experimental work in Environmental Studies and this led him into writing a series of textbooks on this topic.

Burns is a regular contributor to radio programmes in Ireland and is always to be heard in the USA during his many visits. He has appeared on Ireland’s most popular TV show “ The Late Late Show”, on Channel 4 in England and "Good Morning America". He has performed at concerts, cabarets, conferences and social gatherings all over Ireland and is a highly accomplished, witty and entertaining after-dinner speaker.