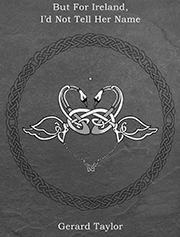 The Last wish of an unsung Irish Hero
Joe Collins joined the IRA in 1917 and was with them through to the end of the Civil War. In Joe’s own words we hear about his ‘Many arguments with the Tans’. In one episode Joe tells of the night he went up a ladder with cans of petrol tied to his back and set fire to the Lismore Courthouse. He was badly burnt and shot at as he escaped. Joe often risked his life during these troubled times and like so many he is an unsung hero. 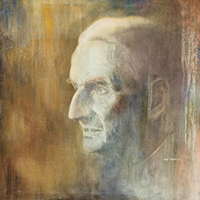 By Victoria Trevor
In, But for Ireland I'd Not Tell Her Name, Gerard Taylor effortlessly marries history, art and fantasy in a compelling story about his Irish family and the secrets and lies that lay hidden within that family. These secrets would have been  buried along with its main protagonist, Gerard's great-uncle, Joe Collins unless, Gerard, consumed by grief after his Irish mother's death had not set out on his personal odyssey, to reconnect with his estranged family and in so doing, stay faithful to the memory of his mother, Annie. 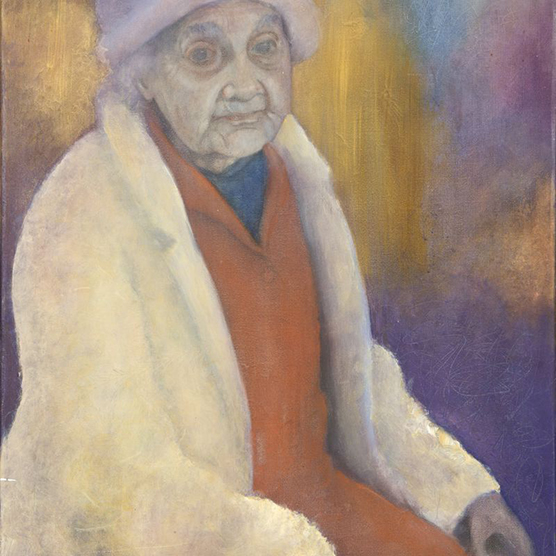 Gerard Taylor's journey started in London where he spent the day in the company of his great-uncle Joe. Joe Collins had been a veteran of the Irish War of Independence and, by all accounts, an unsung hero. His exploits and experiences during this time made for a simultaneously, terrifying and amusing narrative, recorded on to tape by Taylor and which ultimately disclosed a heartbreaking account of loss and grief. Two weeks later, as if finally having unburdened himself, and confident that his final wishes were to be honoured, Joe Collins died, peacefully. It was his revelations and subsequently a broken promise after he died that was to be the catalyst that would compel Taylor to continue his pilgrimage to Ireland, to Lismore and to ameliorate Joe's dying wishes. 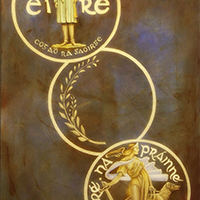 Gerard Taylor's visit to Lismore, was if anything even more revelatory than his meeting with Joe. Here he finds familial characters of almost mythical variety.  A lucid, loquacious, ninety-nine year old great aunt Lizzie, who can recount and sing almost fabled, family stories, to the family friends who all have their own fascinating recollections of the Collins family. 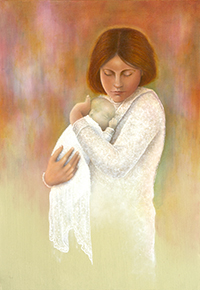 Each chapter introduces us to a particular character and Taylor's recounting of these characters gives the impression that you are in this person's company. Always convivial, always warm, these people share their kitchens, their tea and their memories with Taylor. Siobhan, Paddy, Kathleen and Billy, Colin, and Paddy and Sham, all play their part in piecing together a once fragmented, family jigsaw and who are instrumental in finally bringing closure for Joe Collins and the people he loved. 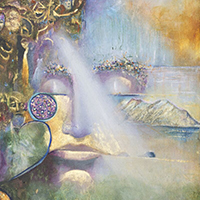 But For Ireland I'd Not Tell Her Name is a compelling book which skilfully entwines fantasy and fiction in the best of Irish storytelling tradition. Deeply rooted in the local folklore of Lismore, Taylor has successfully merged fact with the stories of ghosts and banshees that his own mother told him as a child, as if the stories were a whispered foreshadowing of what was to come.

Gerard Taylor grew up to be an international mural artist and what makes this story even more hauntingly evocative are the illustrations that accompany it. His art is as ethereal as the story, lending it a celestial air that captivates the reader almost as much as the narrative itself. 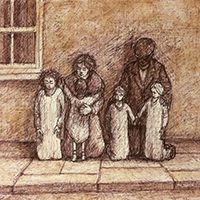 QUOTES
This is a beautifully illustrated exploration of a family and its antecedents. The illustrations are almost more evocative than the words”
Donald Brady’s, Author and County Librarian, Co. Waterford. Essays from Lismore

“I loved it. I laughed, I cried and to a great degree it has stayed with me since then - almost haunting me.”
Audrey Leigh Nevins, New York Designer, DSGN 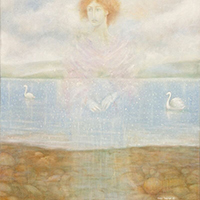 Artist Gerard Taylor
website
Mural artist and author Gerard Taylor born 1951 in London to immigrant parents. Gerard’s father was a South African sailor and his mother was from Lismore, Co. Waterford, Ireland. Both came over to London, met and got married during World War two.

Gerard was raised in London, married Linda at age of 17, had 4 children, adopted one child and fostered 220.

His working life started in the merchant Navy. After sailing around the world Gerard became a gardener working in the gardens of stately homes. In 1980 he became a mural artist working all over the world on projects in countries such as Italy, Saudi Arabia, Barbados and the USA. Gerard’s mural work stopped in 2010 when he lost the sight in one eye.

Ironically this illness gave Gerard the opportunity to bring the knowledge and skills he had learnt to create a body of artwork for his book and to finally after 30 years from its conception complete the story of his great uncle Joe Collins.

He now lives in Cornwall and is still painting and writing.