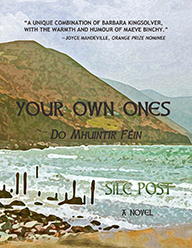 There are those who say life cannot be planned, but along the ancient coast of Ireland, they who understand the Ould Ways know better. There among the waters and the wild, the Celtic past has an uncanny way of reaching those in the present—however near or far away.

For wild salmon conservationist, Dr. Áine O’Connor, an unexpected family legacy lures her Back—like the return of wild salmon to the rivers of their birth—to her own birthplace on Dingle Peninsula, to continue a 1,000-year-old family tradition of protecting the land and the sea.

Sometimes the journey Forward, begins with a step Back—to Your Own Ones.

From the moment Áine O’Connor learns that she has inherited the centuries-old, family property on Dingle Peninsula, she feels the inescapable tug of Home. At least, she assumes the sudden, irresistible draw to the ould country stems from her nostalgia for re-connecting with a cultural past she never really knew, rather than from the evocative sentiments of Solicitor Muirís FitzGerald included with the inheritance notice:
"Come Home to your own ones—I await your return."

But the legacy comes with a curious catch. Before assuming title, Áine must write an account of the life of her Aunt benefactress—the willful, passionate ‘Queen’ Maeve—infamous in the family for accumulating homes, husbands, and scandals.

Upon returning to the family proeprty, Áine discovers that the ancestral house and lands are not the only legacies she has inherited. Buried among the enigmas of Maeve’s past lay unknown cultural roots of her own—ones that the ever-charming Muirís insists are interwoven with his. Seemingly intent on winning Áine’s heart, Muirís calls it their fate, claiming his family annals document the romantic account of their namesake Celtic ancestors.

When The Troubles resurface in Ireland with a vengeance—as an economic tidal wave sweeping the country, drowning the reputedly unsinkable ‘Celtic Tiger’ economy in a tsunami of despair, Áine and Muirís attempt to re-cast the Joycean ‘nightmare’ of history into a Irish Dream that could turn the economic and cultural tide for the nation—and the hearts of its modern descendants. 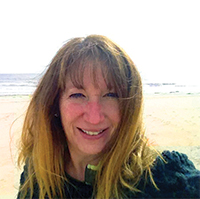