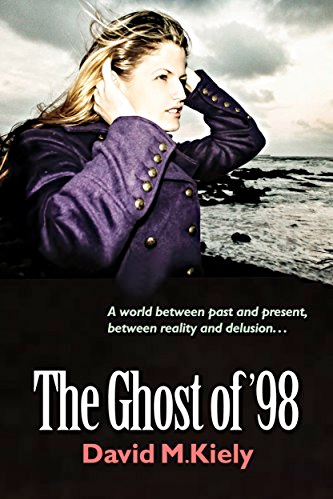 Joy McCracken has broken all ties with her life in New York and a well-paid job with a fashion magazine.

She hasn’t come to terms with the crib death of her four-month-old son and continues to hold herself responsible, despite the efforts of her psychiatrist to convince her otherwise. Buy the Book!

It’s July 1998 and Joy is making a pilgrimage in Northern Ireland, the country of her ancestors. She’s following in the footsteps of her namesake, Henry Joy McCracken, who led a revolt here two hundred years before.

Her journey takes her along the eastern coastline and brings her into contact with a number of people, from the genuinely pleasant to the decidedly odd.

Joy McCracken’s goal seems at first glance a morbid one—she plans suicide. She sees this as a release from the demons that pursue her. With death approaching, Joy has never felt so alive.

Against a backdrop of civil unrest—events that touch Joy only marginally, if at all—she discovers a world that lies between past and present. It’s a twilight world peopled by restless ghosts—many of her own making.