The dead are a notoriously perverse and unmanageable lot.  They tend not to be safely buried, and in fact resist all efforts at obliterating their traces” (Sante x).
In Mary Rose Callaghan’s Emigrant Dreams, the Irish narrator, Anne O’Brien, is haunted by the ghost of her grandfather, Marcus Quilligan O’Neill, who dies over ninety years earlier. She sees him as she gets off the plane at Kennedy Airport, and he continues to pop up throughout the course of the novel. Anne’s Irish-American cousin Ogie has been badgering Anne to write the biography of their grandfather.
O’Neill’s presence in the novel, both historical as Anne researches his life,

and actual, as he haunts Anne demanding that she not believe everything she reads about him, provides the focal point of an exploration of the differences between emigrant and immigrant perspectives as well as an investigation into the process of creation and the difference between history and fiction.  An Irish writer, Anne is caught between two worlds: having traversed the Atlantic fifteen times (Callaghan, Emigrant Dreams 4)[1] , she approaches America from the outside but with something of the insider’s perspective.  She is the fourth generation in her family to “ferry back and forth between two continents” (10), and although she does not stay in America permanently, she comes to this country with something of an emigrant perspective.  Her husband Fergal, who refuses to come with her and threatens to leave if she goes to America again, has accused her of “thinking that the streets were paved with gold.  I wanted to emigrate completely, but he hated the place 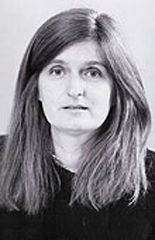 Education
Callaghan obtained a Bachelor of Arts in English, History, and Ethics/Politics in 1968,, followed by a Diploma in Education in 1969, both from University College, Dublin.

Career
From 1973 to 1975, she was assistant editor of The Arts in Ireland. She has had journalism published in The Irish Times, The Sunday Tribune, Hibernia, The Irish Independent, and the Catholic Standard. Some of her shorter creative pieces have been published in U Magazine, The Irish Times, Image Magazine, and the Journal of Irish Literature.
Callaghan moved to America in 1975, where she finished her first novel, Mothers, in 1978 (published in 1982). The book is composed of monologues telling the stories of three Irishwomen from three generations, exploring marriage, adoption and pregnancy out of wedlock, and female sisterhood.
While continuing to write fiction, she also worked as a contributing editor for the Journal of Irish Literature from 1975 to 1993, and was associate editor for the first two editions of the Dictionary of Irish Literature. She has taught writing at the University of Delaware.
Eventually moving back to Ireland, Callaghan now lives in Bray, where she teaches and writes.
Her novels have received critical attention. Mothers was reviewed by the New Statesman and by Library Journal; later works by Publishers Weekly, Booklist and the TLS.