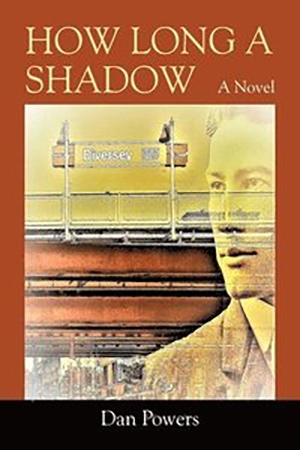 In 1918, as Chicago copes with an influenza pandemic, a World War and the Cubs loss in the World Series, ten-year-old Jimmy Cullerton’s ma surprisingly sends him with his older brother to the South Side to collect support money from their estranged father. Slighted by his dad, Jimmy vows never to be like him and learns from his brother the need to bury the past. But he also discovers family he never knew existed.
Buy Book Here!
A century later, Jimmy’s retired son Kevin – a retired music teacher living in Door County, Wisconsin – embarks on a quest to understand his father’s secret life. He discovers his rogue grandfather and an entire Chicago Irish family about whom he has never heard a word spoken. Along the way, a secret from Kevin’s own past draws him into a relationship with a woman he hasn’t seen since she was an infant and forces him to reexamine and relive his relationship with his childhood closest friend Thomas and Thomas’ sister Pat.  As memories and shadows from his personal and family past grow and merge, Kevin must reconcile their meaning to learn and decide who he was, and what he wants to be.

In the 2017 HAL PRIZE, the July, 1959 chapter (as a short story under another name) was awarded 2nd Place. Fiction Judge David Haynes wrote:  “... So much is packed into a small space, with each gesture and image offering something important and useful to the fiction. A small beautiful gem.”

With one hundred and fifty years of Chicago history as the background, How Long A Shadow entwines the stories of three generation of Cullerton men as each chooses how they will deal with family, marriage, and fatherhood, and each other. Moving from the Spanish Influenza pandemic of 1918, through the Covid 19 coronavirus pandemic of 2020, the shadow of “that man,” Edward Patrick Cullerton seems to always be just ahead of Jimmy and then his son Kevin.

Excerpt of book below.

About the Author
Dan Powers was raised and lived in Chicago for thirty-six years before moving to Door County, Wisconsin. He is a retired K-12 educator. He lives in Sturgeon Bay, wit his wife Joan, where he writes, volunteers, explores family genealogy, plays golf and follows the Cubs.

By Scott Powers
The easy part is saying, “I’d love to read it.”

The hard part is when they come asking, “What did you think?”

When my uncle, Dan Powers, mentioned he was writing a novel, my reaction was the former. Then came the latter. In between, I worried a lot.

As a journalist and avid reader, I was excited to read his book. More than that, he’s family, and we’ve gotten somewhat close since my father passed away 14 years ago. We even traveled to Ireland together a few years back to do some genealogy research and share a few pints.

The flip side of that was my concern over the novel’s quality. I knew he was intelligent and could put together a few sentences as a former schoolteacher, but this was a novel. They’re a lot harder to land than grading someone’s essay. They require a way with words, creativity and clear storytelling. You hope a great novel never ends. You trash the awful ones quickly.

I had no idea upon which end of the spectrum his novel would fall. All I knew was I’d need to read the whole thing and then decide whether to tell the truth or lie to him. That potential dilemma gave me nightmares.

He ultimately made the decision easy on me. His novel, “How Long a Shadow,” was good — actually, really good. I even found myself somewhat jealous. It’s a book I don’t think I could have written, and that sort of hit a raw spot for me. Family or not, there’s a competitive streak in me I can’t extinguish. He had written the first great Powers novel.

That’s why I’m here today promoting it and making my return to the Irish American News, a publication I’ve loved for so long and first contributed to in 2005. Cliff Carlson was nice enough to allow me this space again. Slainte.

So, what is my uncle’s novel about? Well, it’s about Martians who invade Chicago, and the only way to get rid of them is to force-feed them Chicago-style pizza between 10:03 p.m.-10:17 p.m.

Which brings me to another item of my list of anxieties — writing a book review. How do you do a book justice, especially a family member’s, when explaining it to others? Soon, I’ll be the one asking him, “What did you think?”

His book is about family, the family you know and the one you don’t. His main character, Kevin Cullerton, searches for the missing pieces to his family history and ultimately uncovers things he never expected — about his family and himself. There were a few surprising turns I never saw coming, and they’re the ones that kept me reading beyond my bedtime. It’s that element of reading I love and hate. I love devouring a book and getting lost in it. I hate myself in the morning knowing I stayed up too late. I think I read this book in three sittings, and the second and third ones lasted hours.

The book does have a notable hook for this audience. It’s based in Chicago over many generations and includes some Irish genealogy. The book isn’t based on my uncle life, but it includes a number of topics he’s very knowledgeable on.

My main complaint with him and the book — and I’ve voiced this to him — is that it's self-published. He didn’t want to go through the process of attempting to get it made by a legitimate book publisher. I do get it. There’s a chance no one would have bitten on it. Great work isn’t always rewarded, especially in a timely fashion. One of my favorite books, “A Confederacy of Dunces,” was rejected time after time and was only published years after the author had died.

So, you won’t be seeing my uncle’s book at your local bookstore. But, thankfully, we live in a time where self-publishing isn’t a dead end. It’s just a matter of getting the word out and having people find it. It's available at NovelBayBooks.com, Amazon and Barnes & Noble in paperback or on Kindle.

I promise you won’t regret it. It’s worth your money and time. I told him I’d love to read his novel, and that ended up being the truth. I loved it, and I think you will too.