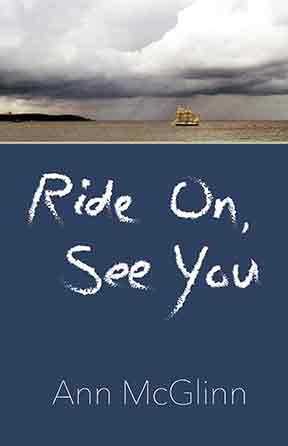 Synopsis
After Marie O’Dea dies in a plane crash in the Everglades, her husband David Lenihan returns to Dublin, back to where they first met two decades before. Revisiting memories of their life together and confronted by his own role in the tragedy, he finds little comfort even in his beloved circle of friends. Next door, a troubled boy named Emmett cradles a hurt bird in his hands, sparking a confrontation between David and Emmett that reveals the deep wounds in both of their lives. As David spirals into depression, he discovers two gifts from Marie. Her first gift brings David and Emmett together in a moment of powerful understanding, and the second gift provides David the solace needed to carry on without her.

"A moving and evocative novel that explores grief, guilt, and the strength of lifelong love and friendship." — Chris Binchy, author of People Like Us, Open-handed, and The Very Man, which was short-listed for the Irish Novel of the Year Award

"With style and grace, Ride On, See You hoists a flag of courage above the wreckage of a lost love ... a journey of self-forgiveness and gratitude that can only fully be traveled—and appreciated—alone." —Lyle Roebuck, author of Phantom Sounds

“Ann McGlinn navigates the landscape of loss, memory, and the meaning of home, with lyrical intensity. Every page is imbued with the ineffable.” —Joni Wallace, author of Blinking Ephemeral Valentine and Kingdom Come Radio Show 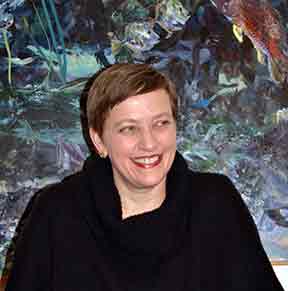 Bio
Poet and fiction writer Ann McGlinn has lived throughout the United States as well as abroad. Her recently released novel Ride On, See You (Cuidono Press) is set primary in Dublin, Ireland, where she attended school as a youth. Ann’s short stories and poems have appeared in a variety of journals, and her first novel, El Penco, was published by Cuidono Press in 2014. Ann lives in Chicago with her family and teaches English at the Latin School of Chicago.